Climbing a ladder may seem easy, but ladder accidents cause countless injuries every year. These injuries are often the result of the user's failure to take safety precautions. In addition to improper placement or use of the ladder, injuries can also be caused by faulty equipment.

According to OSHA Research, 100% of ladder-related accidents could have been prevented if users had deployed proper safety measures. It is important that your employees learn how to use the different types of ladders correctly in different contexts. This will prevent many safety issues, such as falls due to improper positioning of the user or tipping of the ladder, electrocution, and injuries to others due to falling objects.

EN, FR, other languages on request

In this AR safety training simulator, trainees will learn how to properly recognize common hazards associated with ladder use and identify general requirements for ladder safety, whether at home or at work.

Any personnel who works on extension or step ladders. 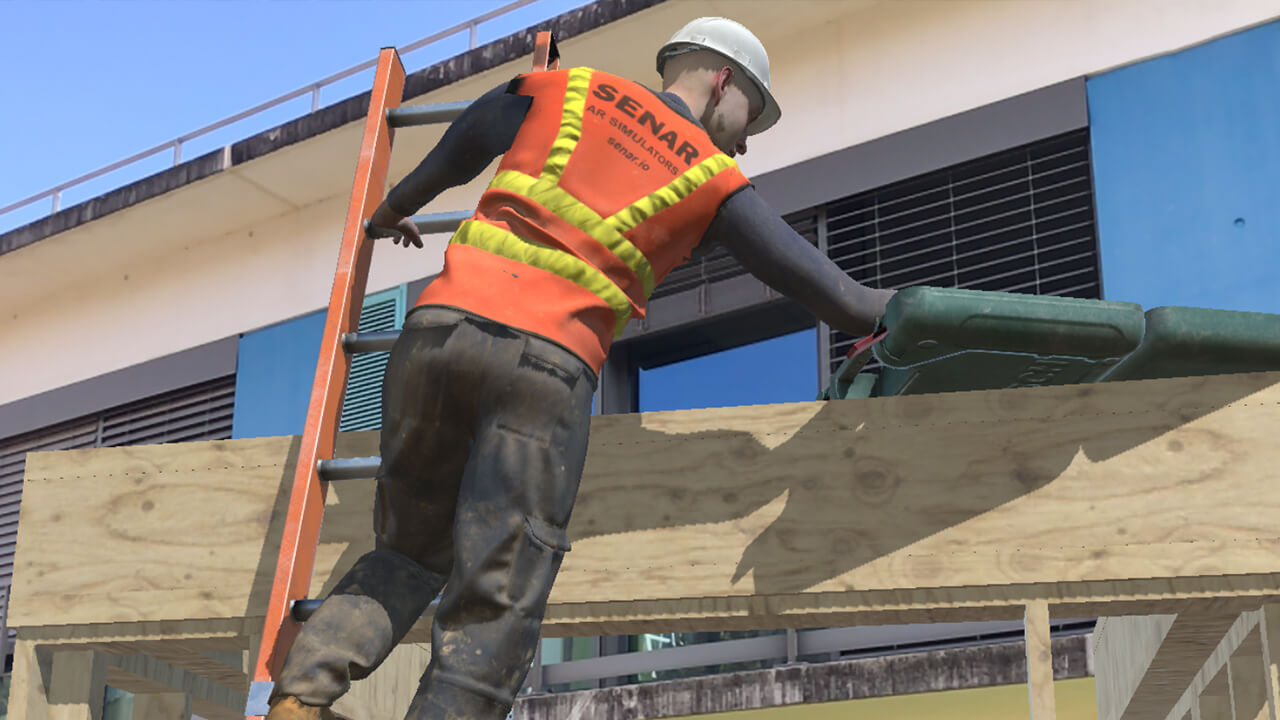 All flaws are represented in photorealistic 3D visuals in Augmented Reality. Trainees can view life-size ladders through the camera on their phone. The rendering is extremely realistic and is based on a thorough study of ladder defects, as well as input from fall protection safety professionals.

Trainees are able to move freely around the equipment in order to inspect it from every angle. Each answer is followed by a quiz that assesses learning objectives such as identifying common mistakes in the industry or recalling best practices for ladder safety.

This scenario teaches users how to inspect stepladders and extension ladders properly. The trainee must identify 18 flaws in a sequence of six ladders. For example, loose hardware, lock flipper not in position, slip-resistant pads missing on a foot, split step, damaged rail, corroded rung, broken pail shelf, sharp edges on the spreader, or loose hardware.

Training scenario 2: Proper use of a ladder

This scenario helps trainees learn how to use a ladder while avoiding common mistakes. It shows a variety of situations, including a ladder positioned on a slippery surface, a brick used as a wedge for the foot of a ladder, a worker standing on a ladder erected against a half-opened door, a metal ladder positioned near power lines, exposing the user to electrical hazards, a worker not following the 3-Point Contact rule (such as, one hand and two feet), etc.

The simulator eventually ensures that the trainee masters at least two methods to incline a telescopic ladder at the right angle, i.e., the 4-to-1 rule and the body-method. 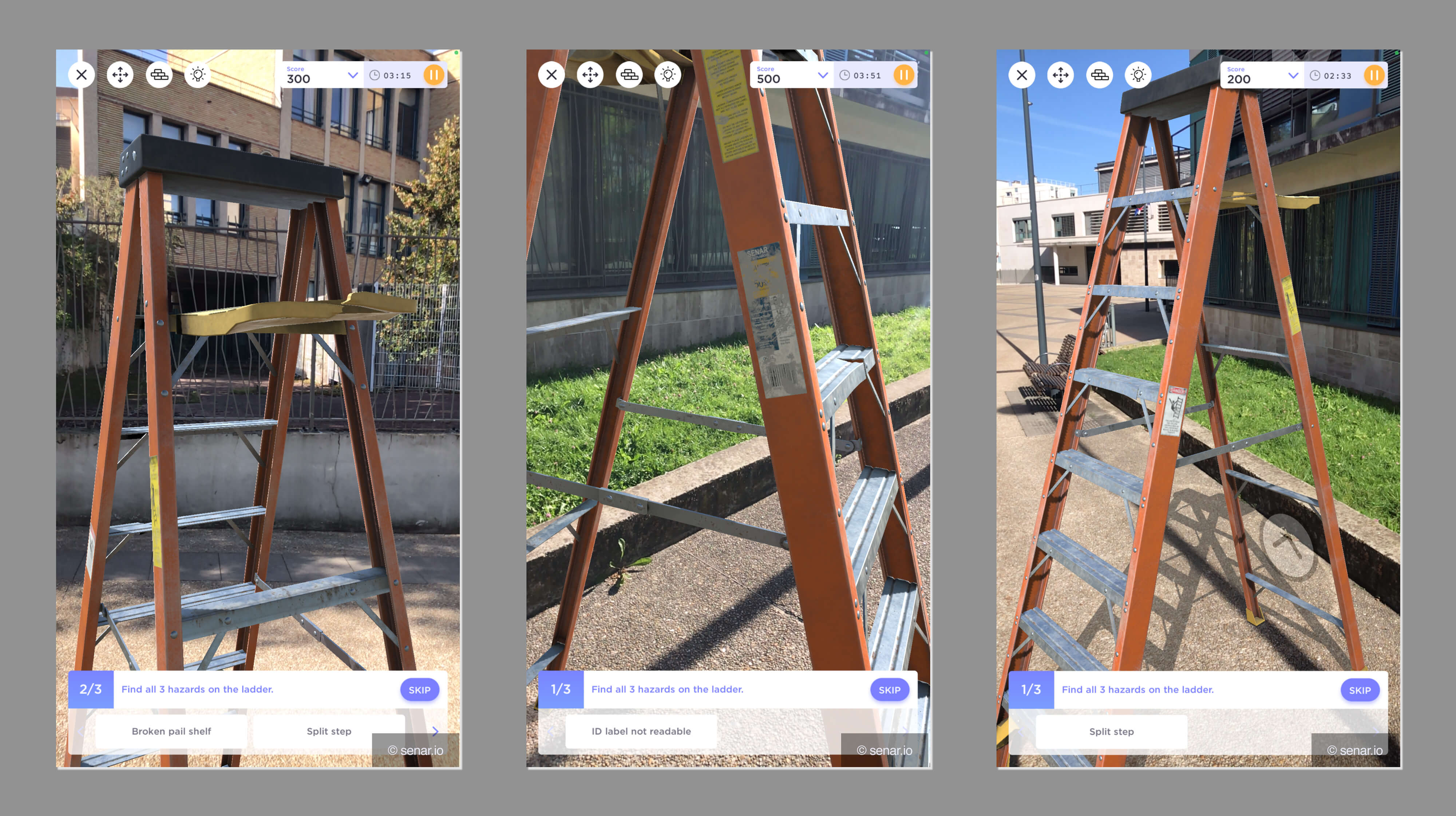 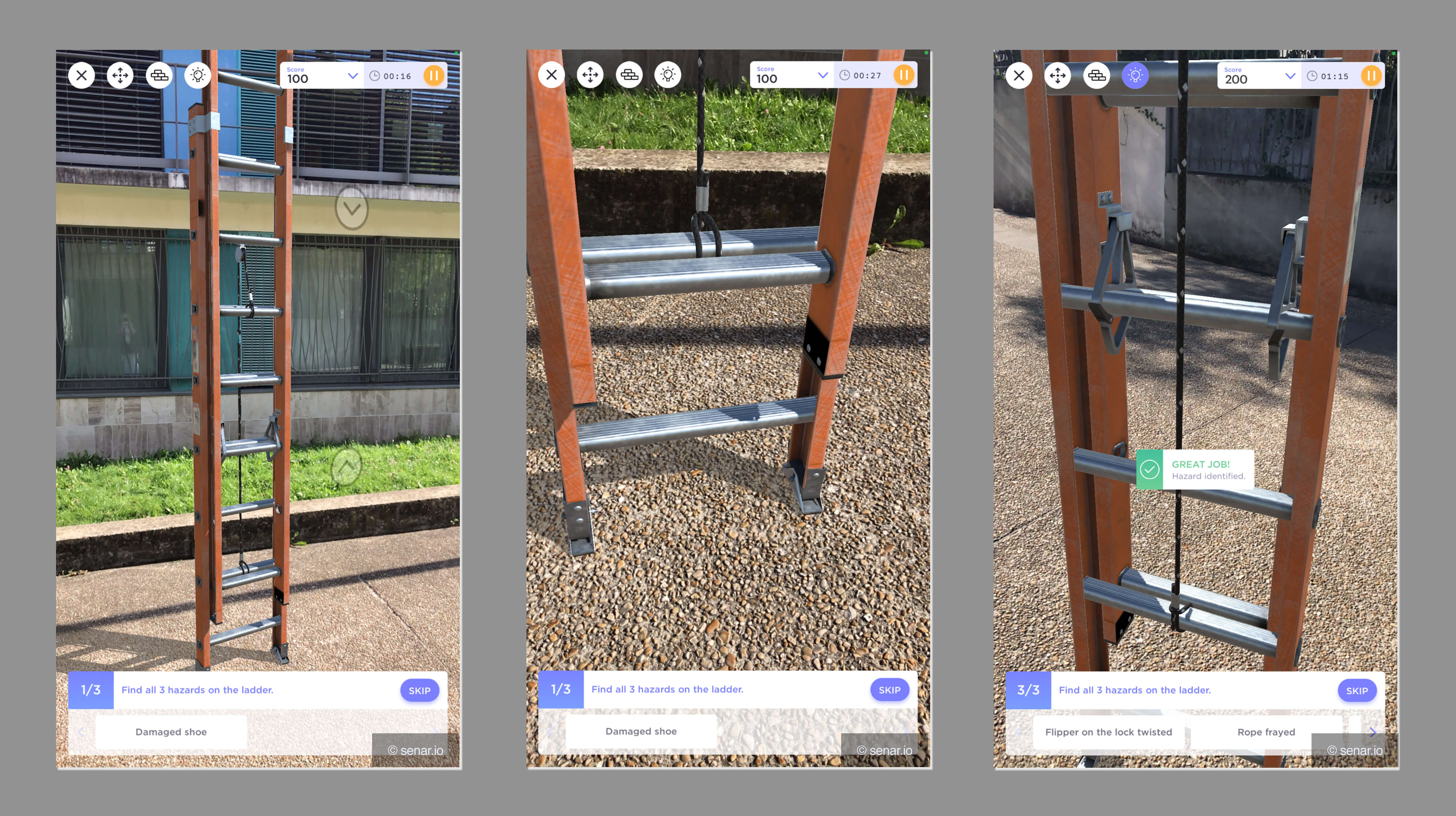 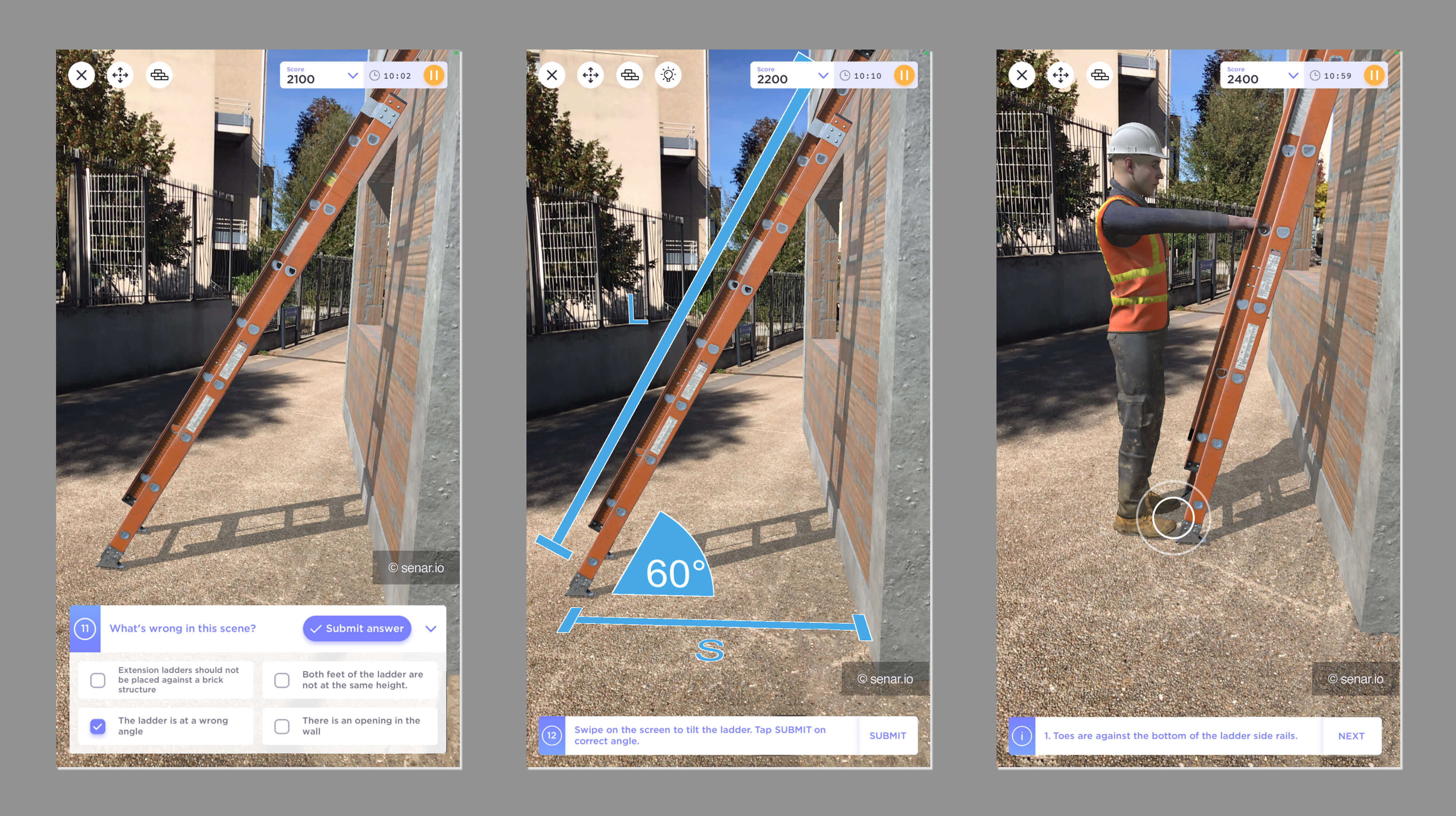 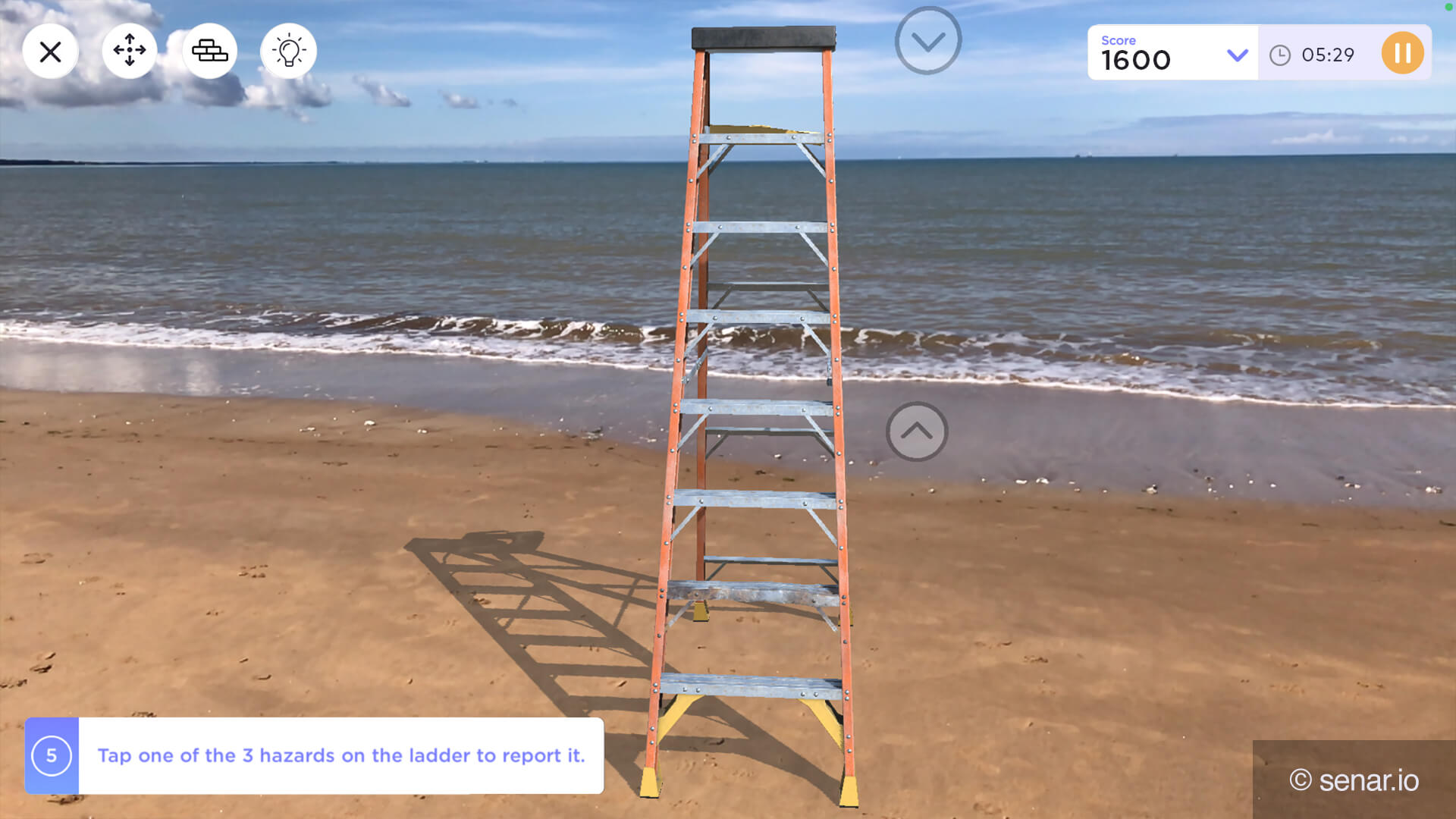 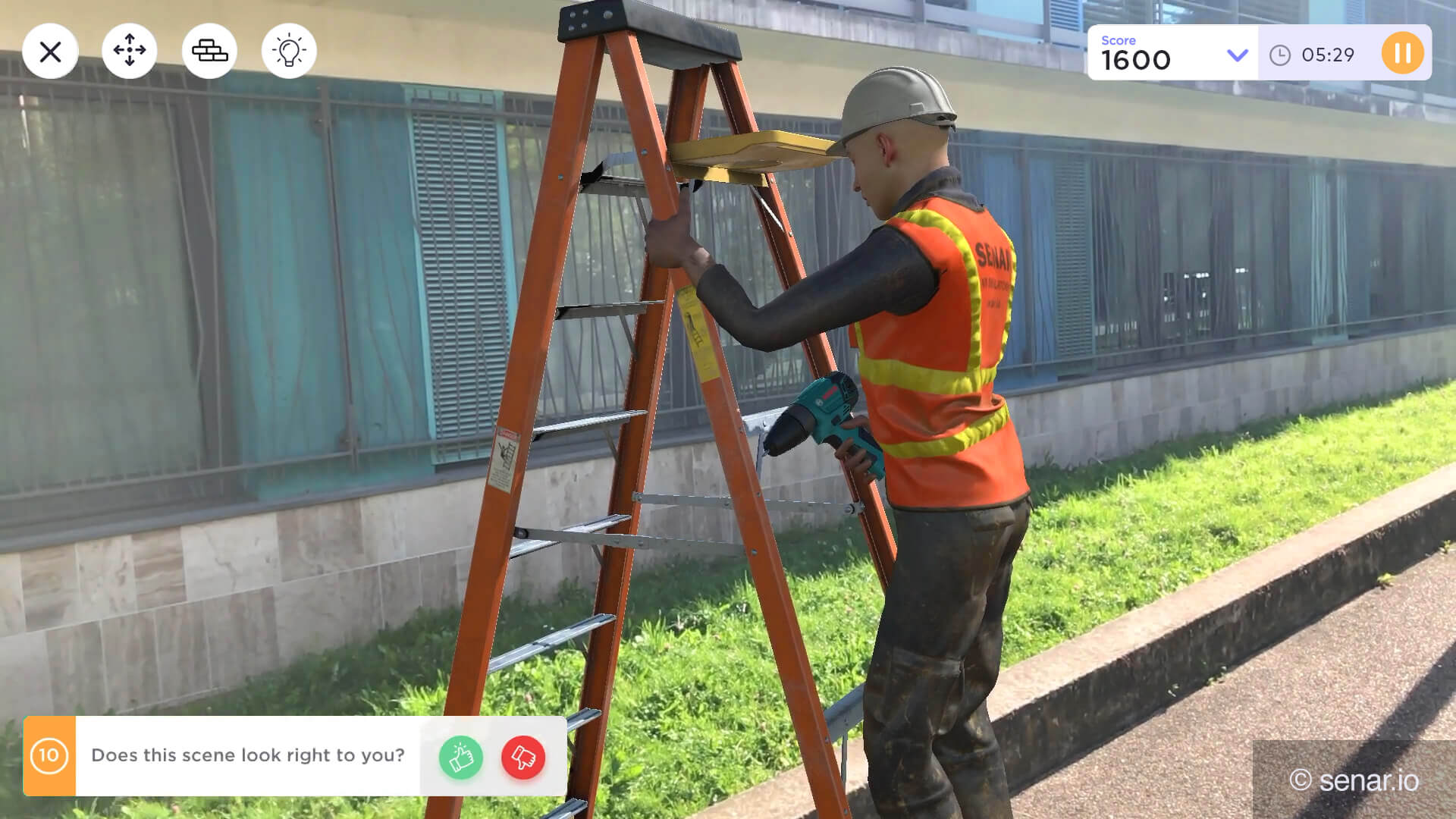 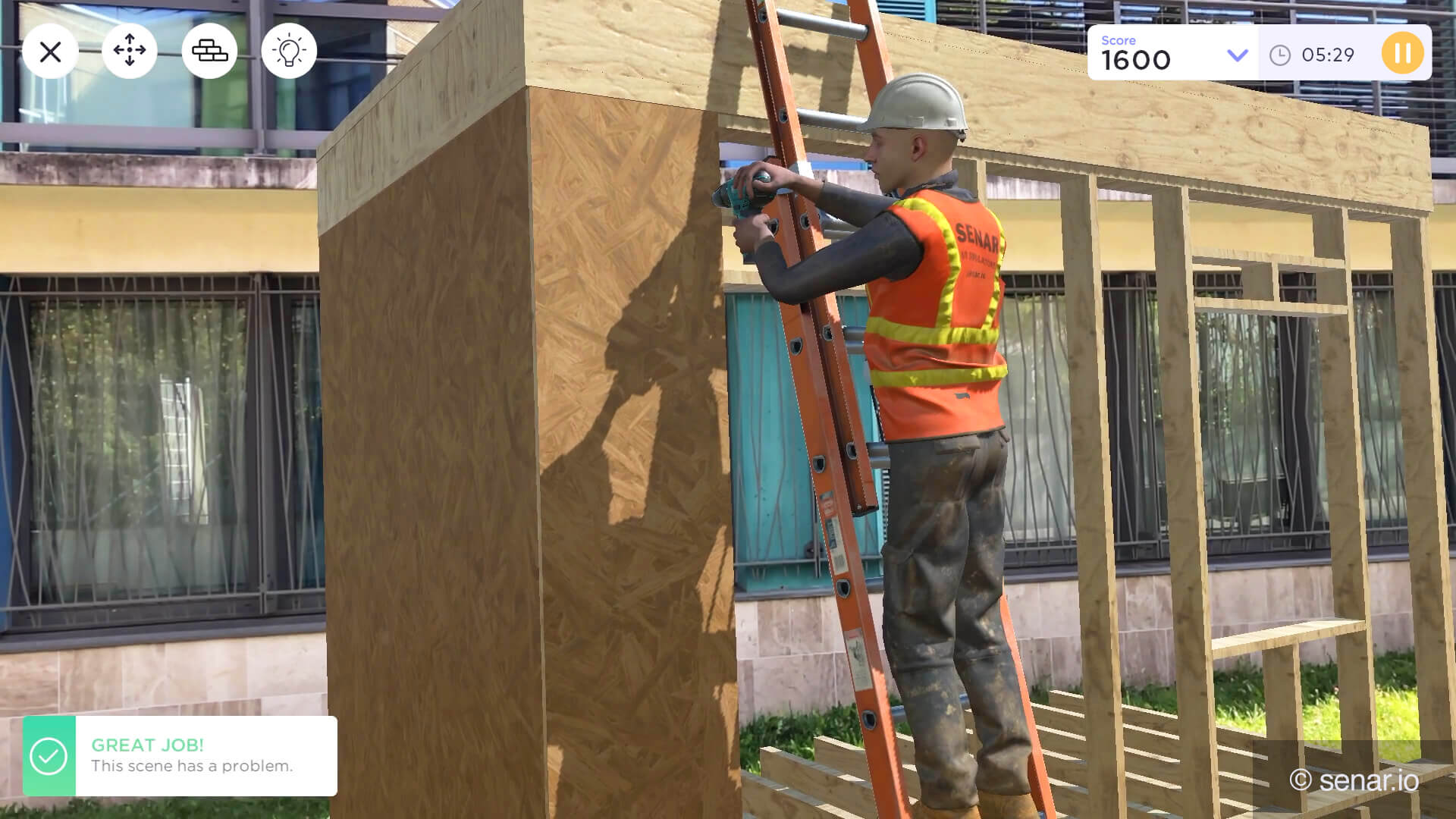 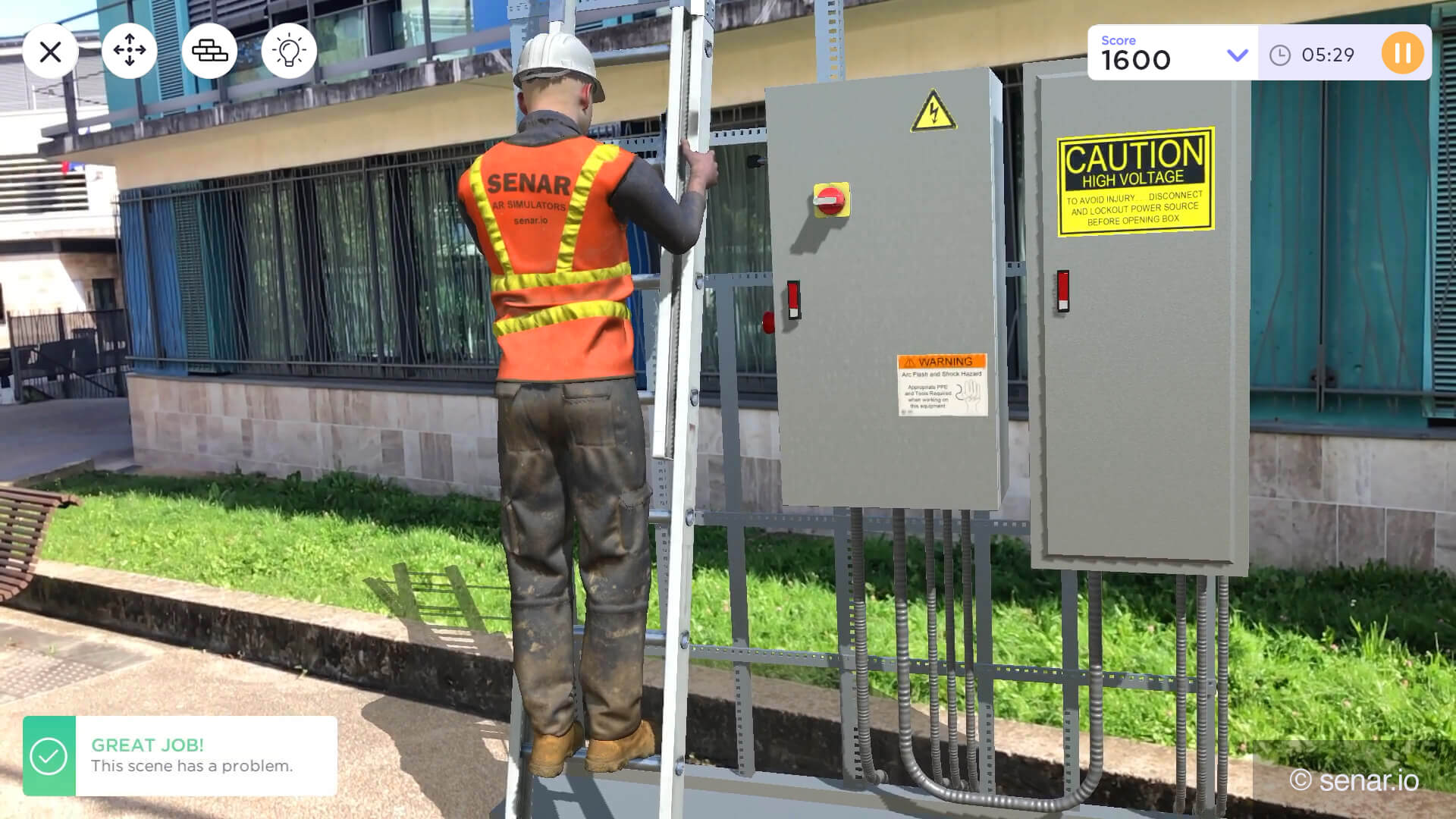 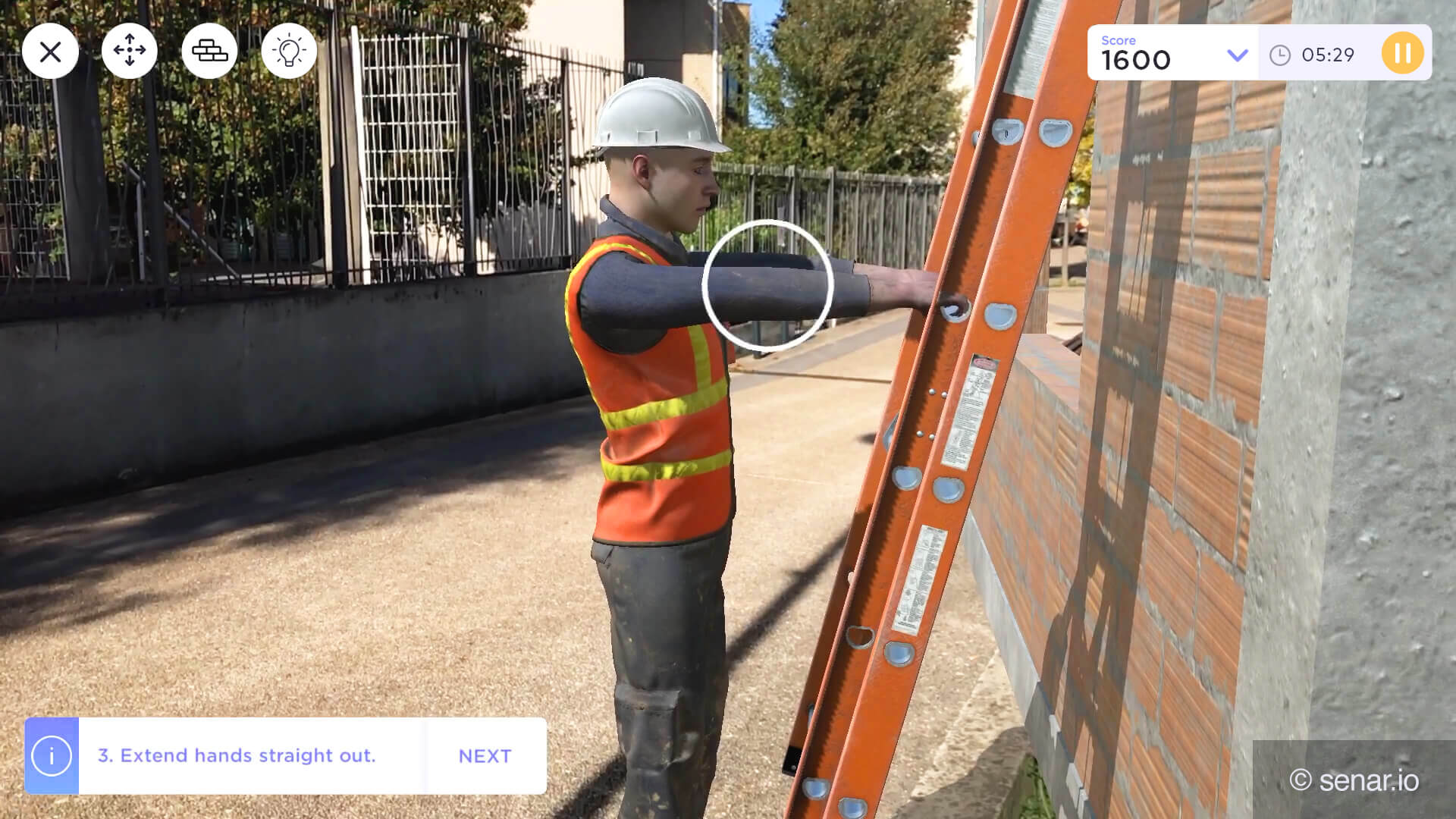 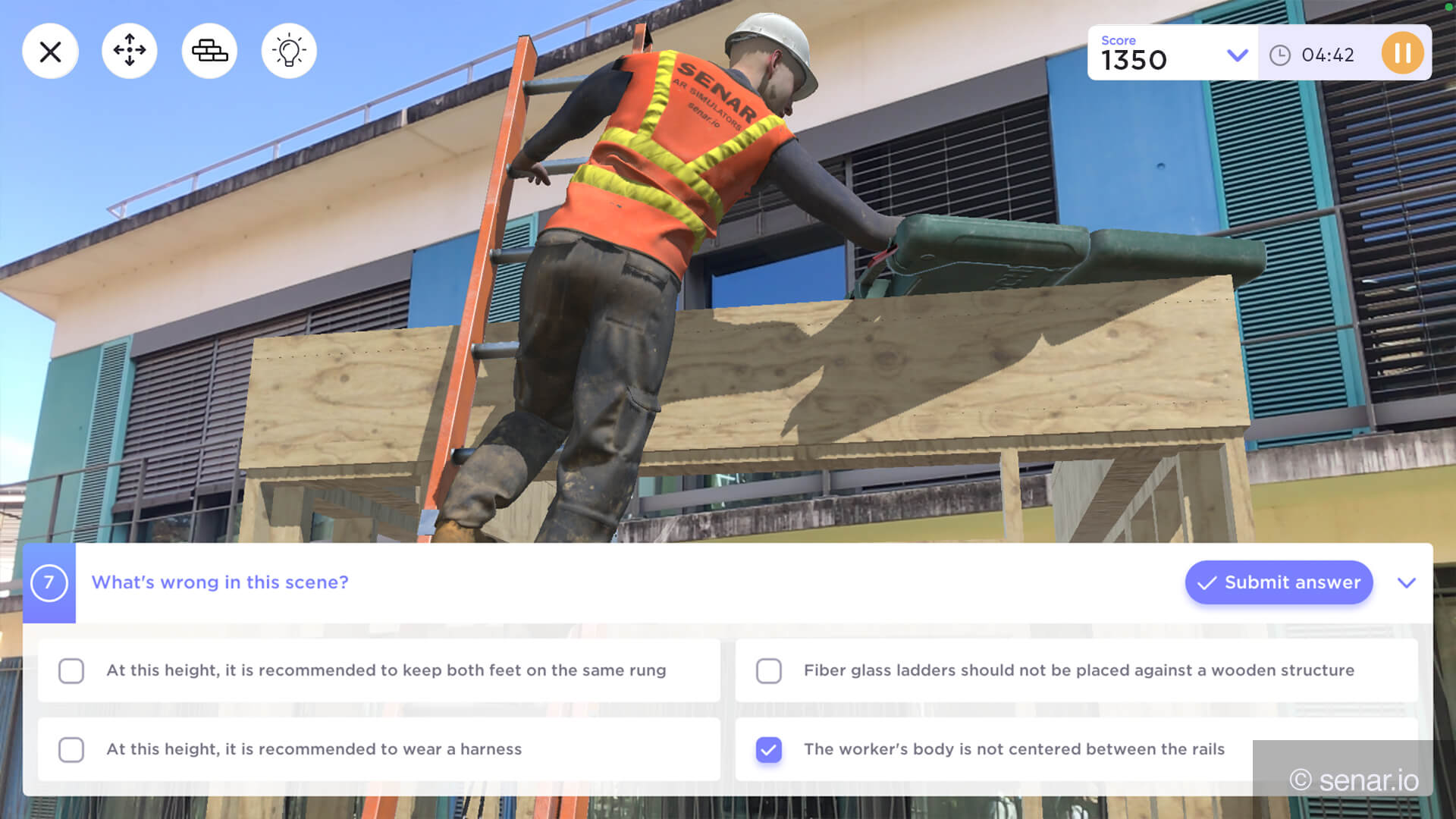 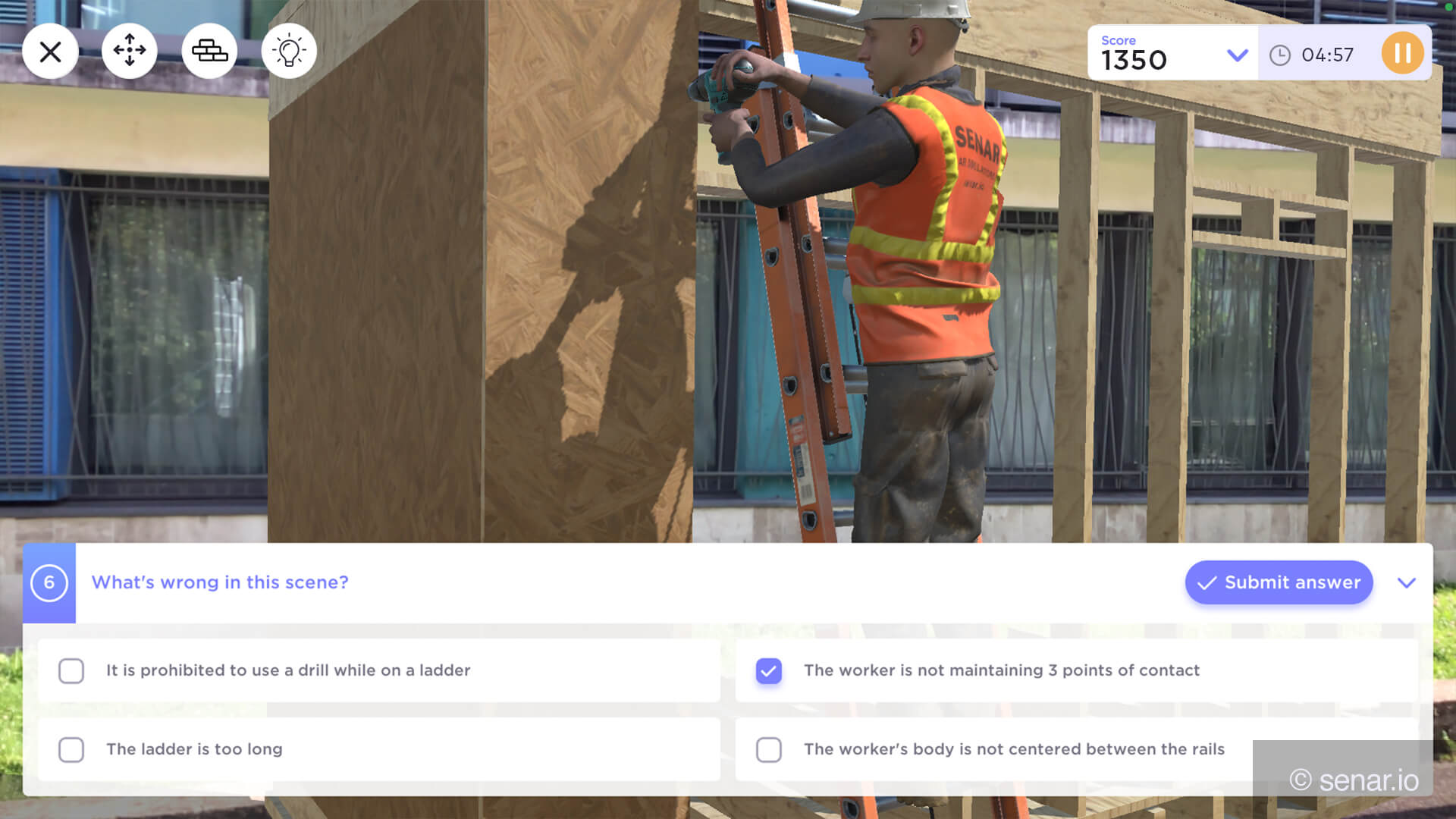 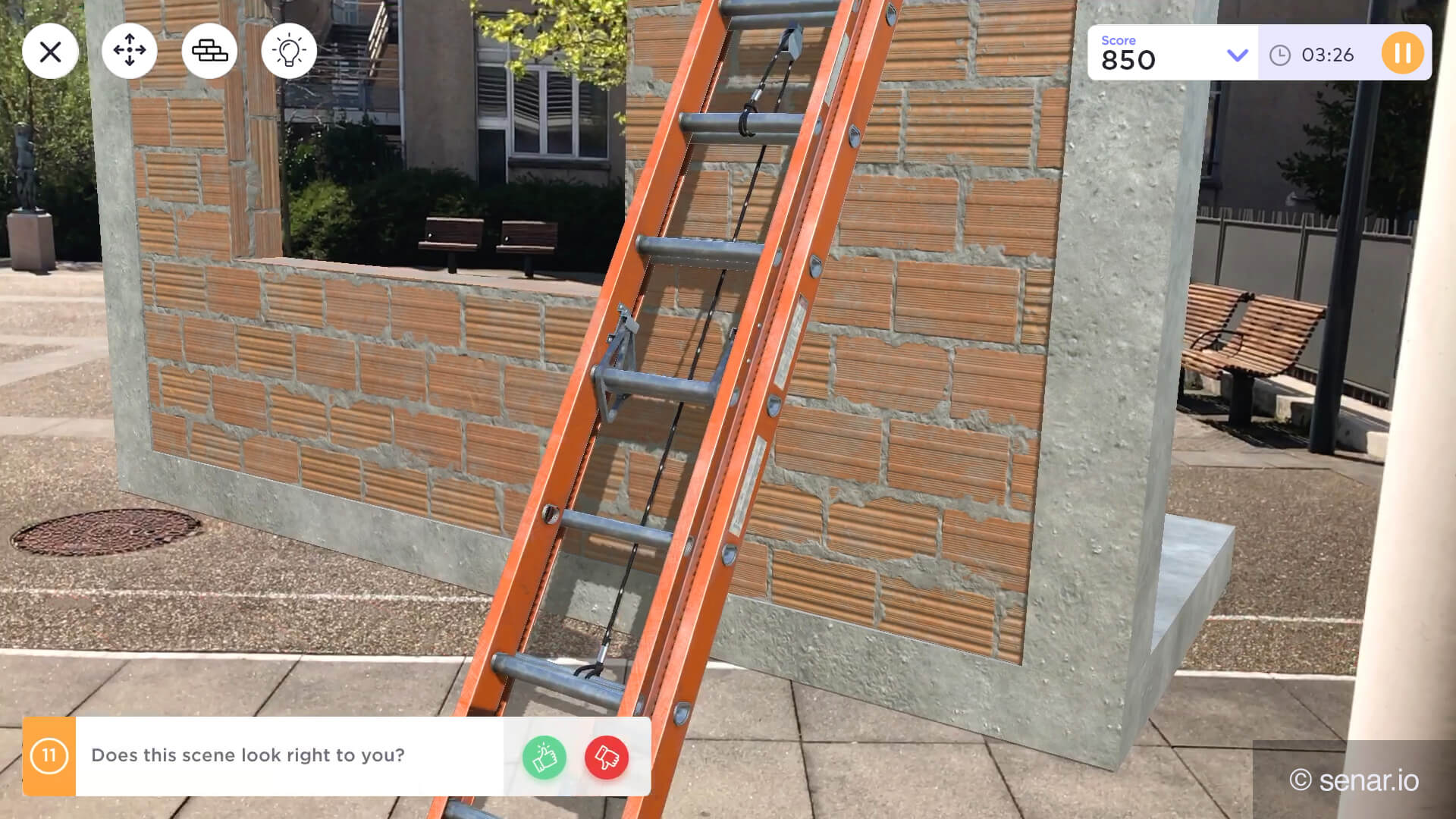 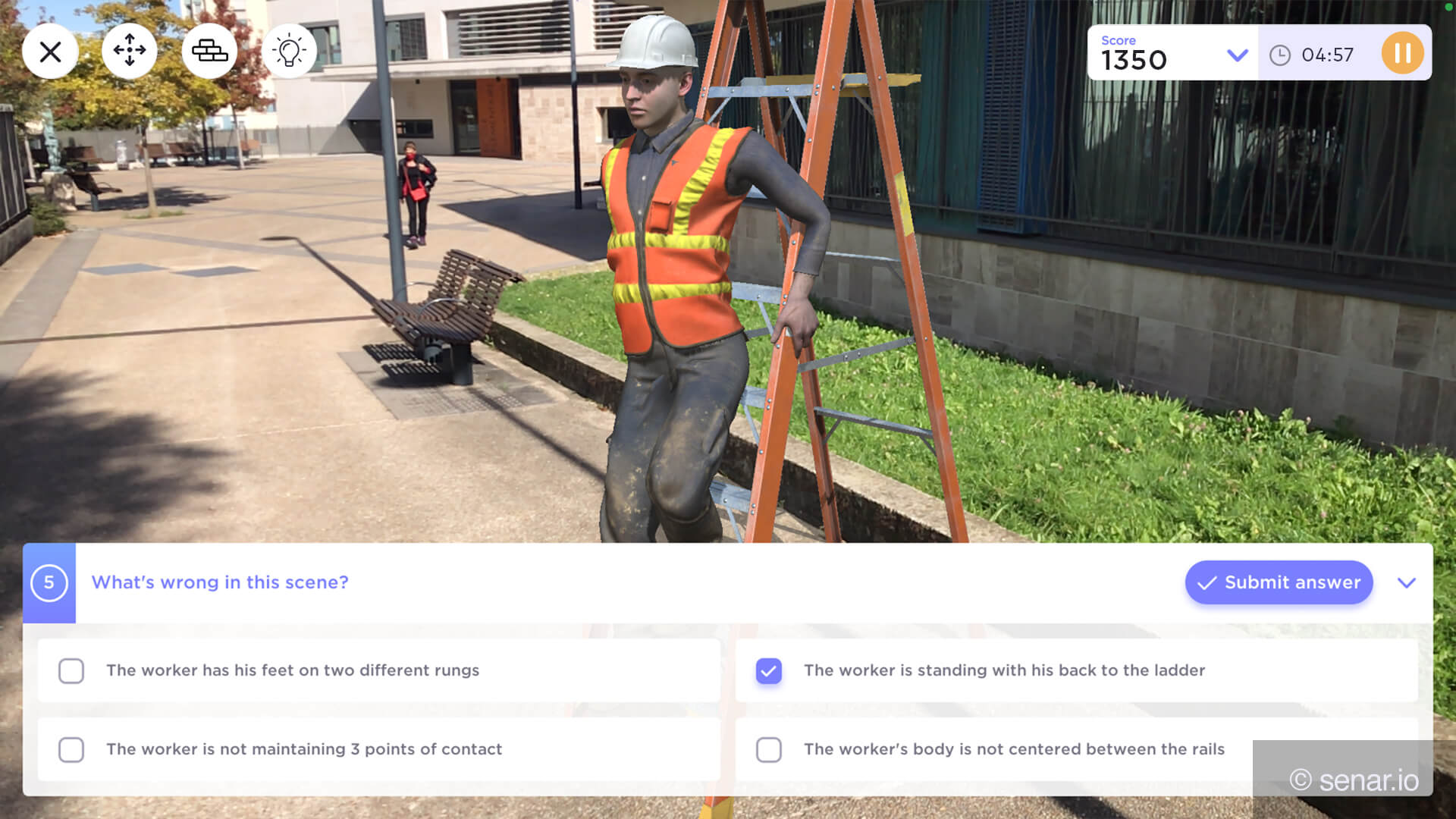 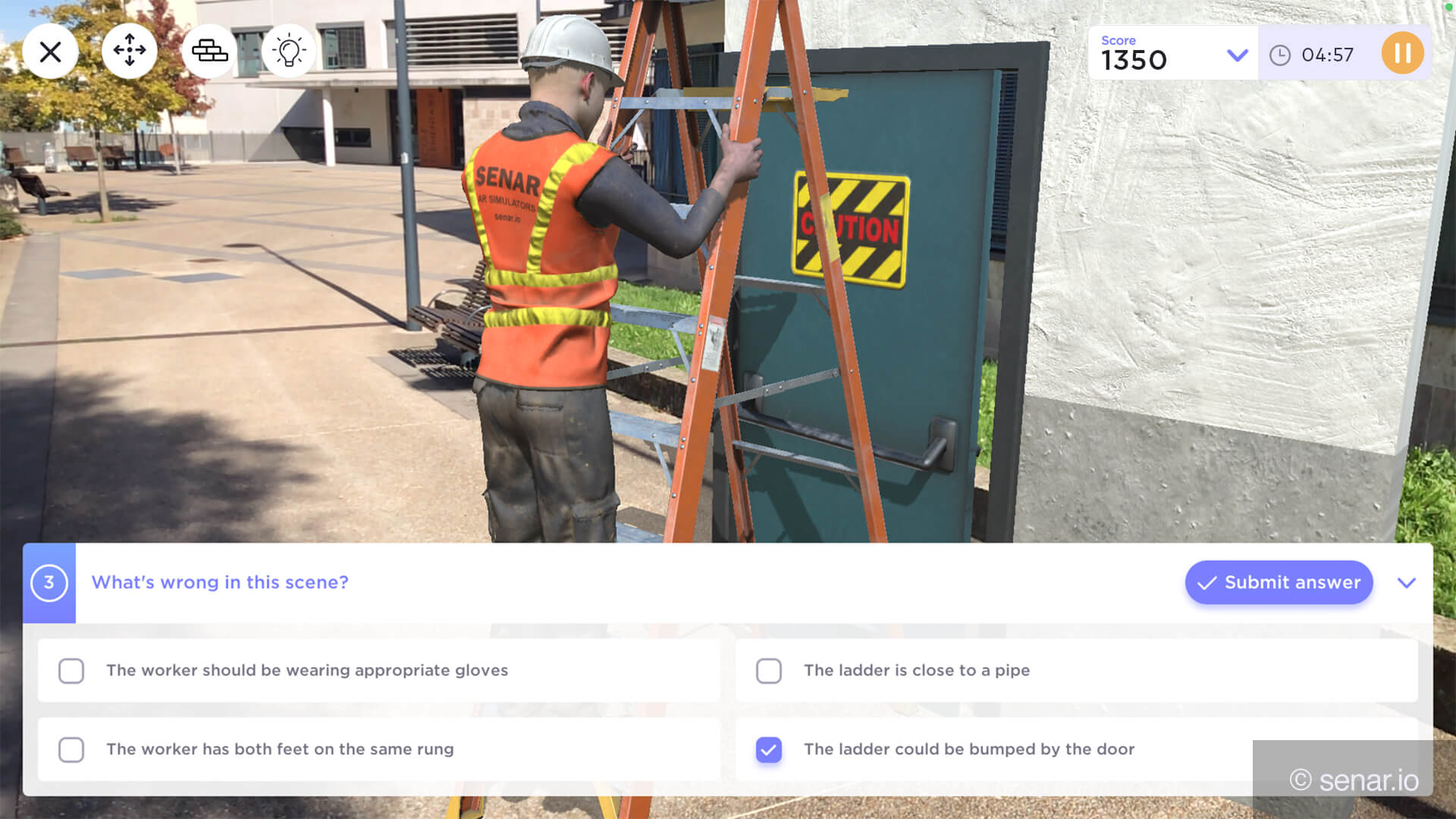 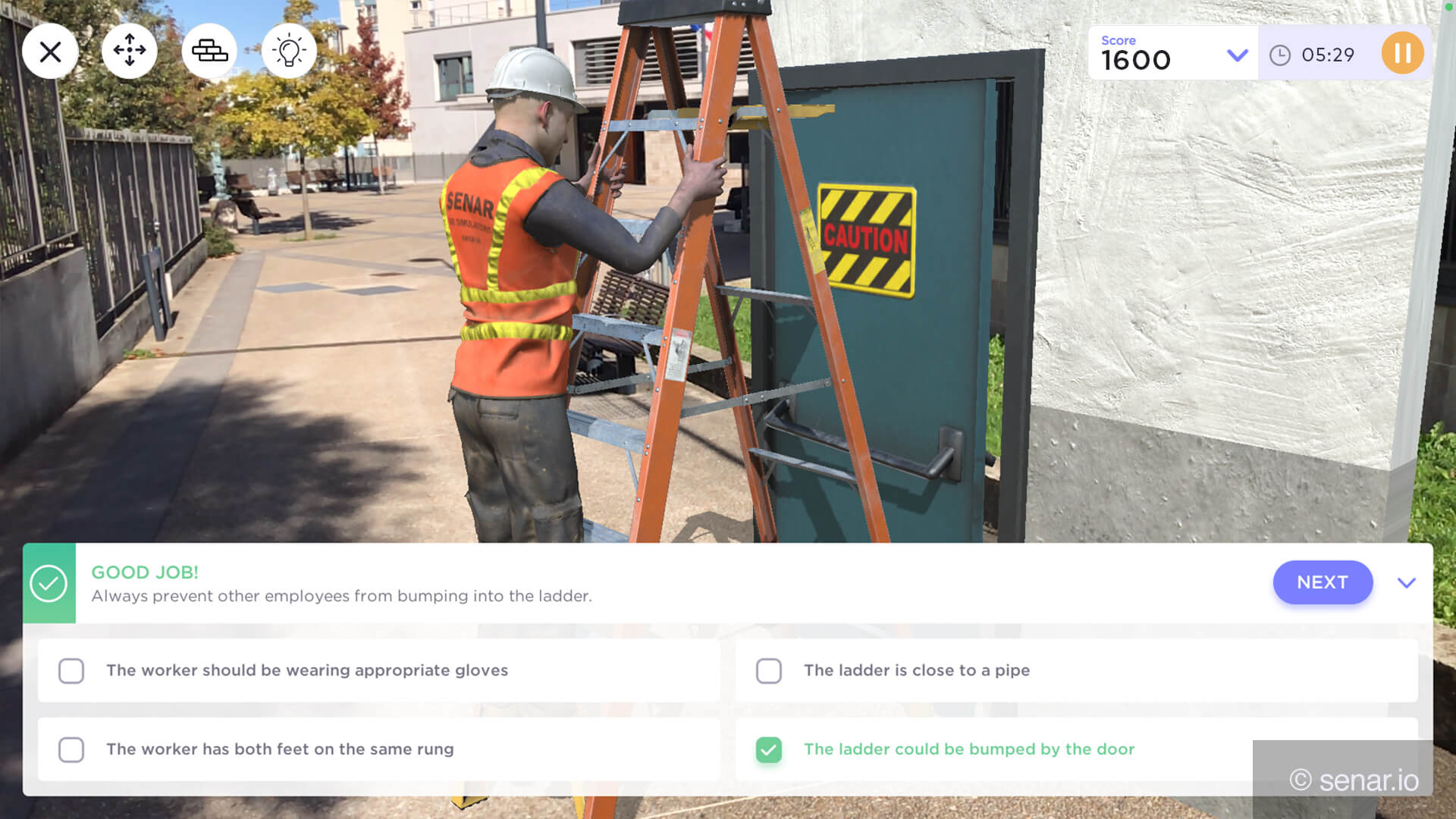 No featured articles yet.