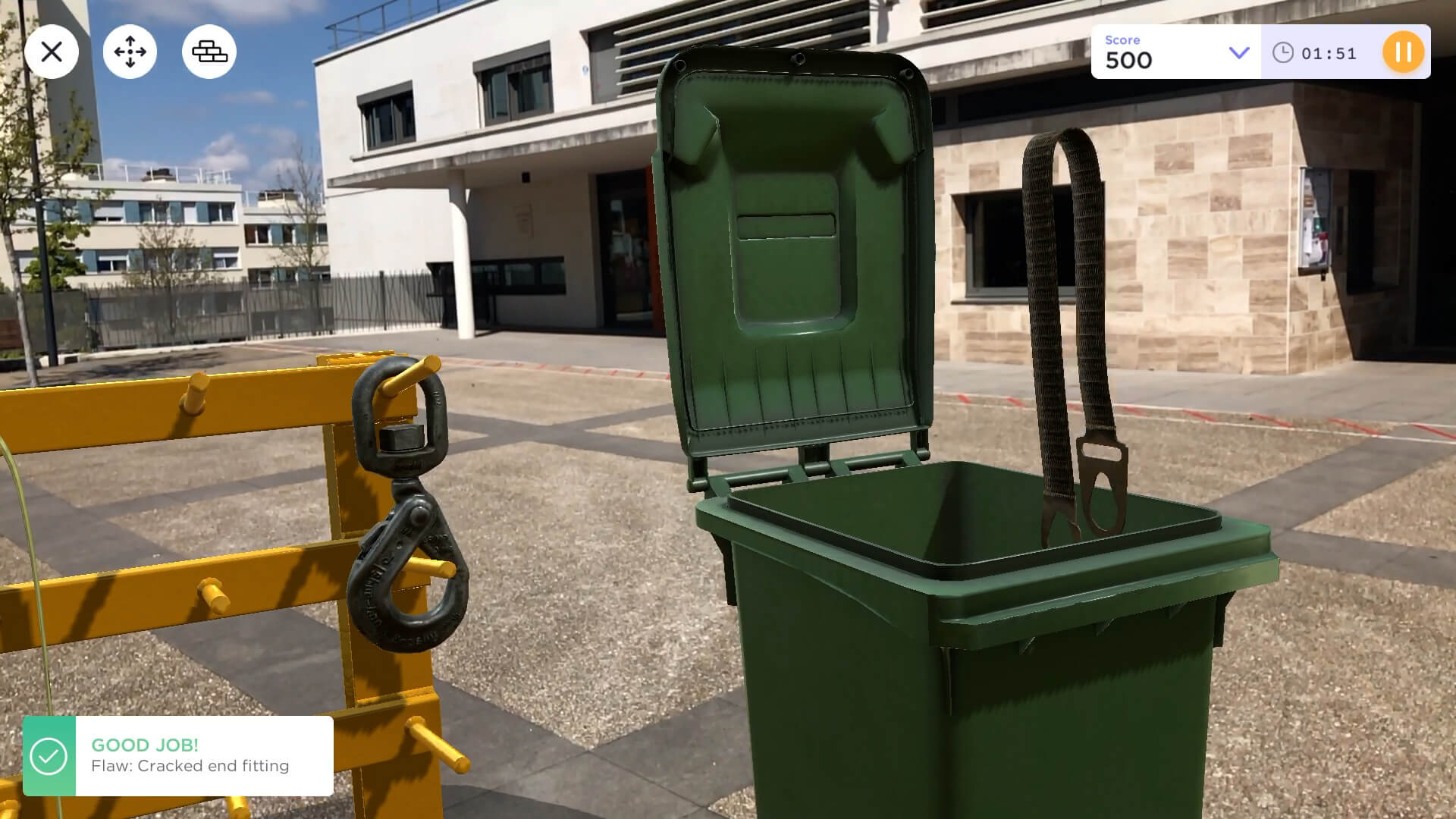 Mark Van Avery acknowledges that he’s not a huge tech guy. Sure, he often finds himself working on a computer, but the field representative for the International Training Institute (ITI) has never been one to search out the latest and greatest hi-tech toys.

Still, Van Avery admits he was impressed by SENAR’s Augmented Reality Sling and Rigging Hardware Inspection and Lifting Training simulator after discovering it two years ago.

As part of his job with ITI, Van Avery develops curriculum and delivers training for rigging instructors at all ITI-affiliated training centres throughout the United States and Canada. He quickly realized that the SENAR training simulator could make the job of instructors much easier and help to better engage students than more traditional learning methods.

“A large part of being a qualified rigger in the United States is inspection of rigging hardware and rigging equipment with the slings and whatnot. For an instructor, if they don’t have damaged slings and hardware to pass around and show examples of non-conforming equipment and hardware, it’s difficult to convey the information they need to students,” Van Avery explains. “Short of buying all kinds of equipment and damaging it in various ways to use as examples when teaching, this app helps fill that void very, very well.”

ITI has been employing the SENAR training simulator for about a year and a half. It’s been used primarily for student evaluations on various aspects of rigging training including sling inspections, weight estimations and load control.

Van Avery has been extremely pleased with the performance of the training simulator, which can be used on all Apple and Android cell phones and tablets. The most impressive aspect of the system, he says, is the extremely realistic graphics that have been incorporated into it.

“I think the fact that the graphics are so good is what makes it so useable,” he explains. “If you’re looking at a shackle or a hook and you’re looking for a hairline crack or something like that, if the graphics weren’t very good it wouldn’t be useful.”

Another facet of the system that has impressed Van Avery and many of his teaching colleagues is its relatively simple design.

“It’s simple for students to use. It’s not complex with a bunch of different buttons and stuff. It’s pretty straightforward,” he says, adding it also makes life easier for instructors because they’re not always having to haul around heavy pieces of equipment when they meet with students.

The SENAR training simulator has been especially helpful during the COVID-19 pandemic, Van Avery points out, as most of the training ITI has conducted during that time has been online due to restrictions on in-person learning.

ITI is the training arm of SMART, the International Association of Sheet Metal, Air, Rail and Transportation Workers labour union, which is headquartered in Washington,D.C. It’s comprised of some 250,000 members located throughout the U.S. and Canada and provides advanced career training for unionized workers in the sheet metal industry.

Van Avery has spoken with a number of his ITI teaching colleagues about SENAR’s AR training simulator and says the feedback he has received from them on it has been extremely positive.

“They really like it,” he says of his fellow instructors.

“It’s great because we’re always trying to think of ways to keep students engaged. If you can break up the monotony of sitting and listening to a lecture or Power Point presentation and they can get up out of their seat and walk around with this augmented reality (device) it almost adds a level of fun to it.”

Van Avery’s only critique of the AR training platform was that the analytics side of its operating system could have used a few tweaks early on. However, he says SENAR quickly addressed the issue before ITI even had a chance to raise it with the company.

“They continue to improve it and make updates and they all seem to be for the better,” he adds.

Based on how it's performed to date, Van Avery expects ITI to continue using the AR training platform for the foreseeable future. In fact, he anticipates the organization will use it more and more as it returns to in-person instruction.

“I think it’s going to ramp up and a lot more people will be using it.”

Feedback from Bureau Veritas after 2,000 people trained in mobile AR 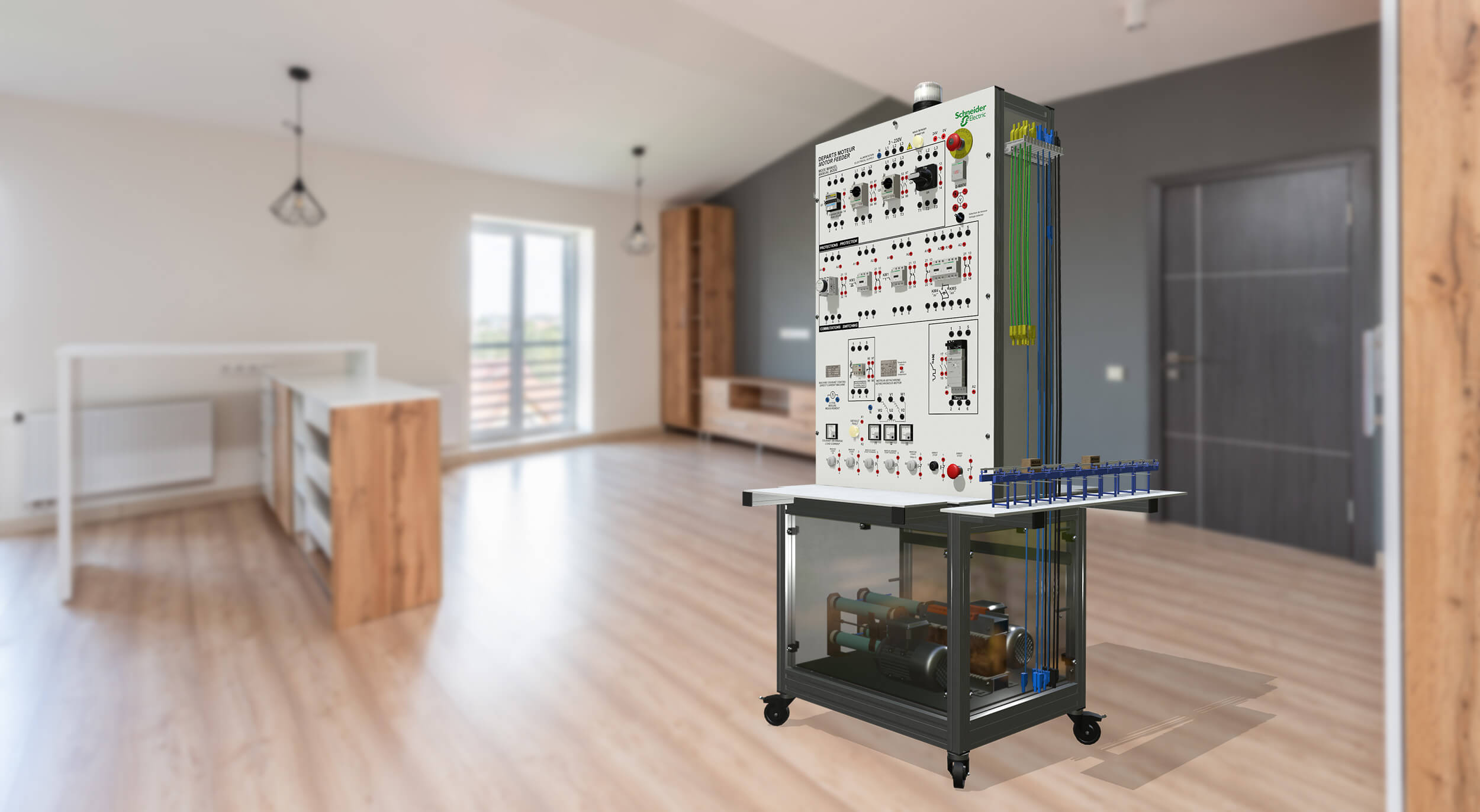 With Mobile AR, Training in the Metaverse is Now a Reality